I wrote The Unseen Visitors as my contribution to  Celebrating Spokane Authors, a collection of poems, essays, and short stories by members of Spokane Authors and Self-Publishers.  It's now on my web-site for anyone who might want to read it, and I'm posting it hear as well.
Dave 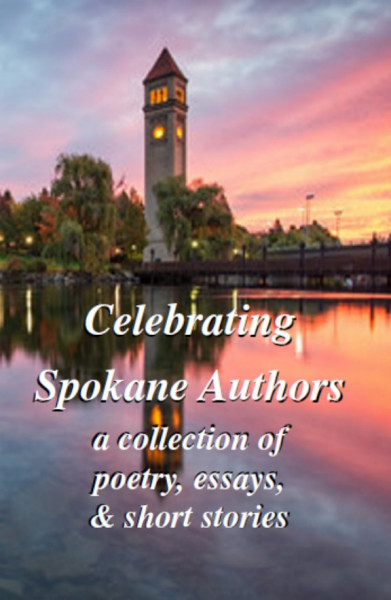 Here's the volume it was originally published in.
The Unseen Visitors
By D. Andrew McChesney

Many Sleep and Awake Cycles later, when the sun of this massive planet had finally set Noak and Reddschurt explored the south edge of the mesa.  While they knew it to be the roof of the gigantic building they had landed on, they still saw it as a butte rising high above a plain.  Below, several structures of unknown purpose littered the ground.  Looking over the edge, Noak spied another suspected surveillance camera.  “Here,” he said.  “Let’s tie the line to this.  I’ll go down and look at it.”
“You shouldn’t,” she said.  You might fall!  It’s a long way, and you might be killed or something.  There are any number of creatures that could find you if you’re hurt and can’t move.”
“You worry too much.  Besides, we still don’t know what these things are for sure.  I’ll double knot it, just in case.”
With that, she sighed and helped him tie the line off.  She double checked and added a final hitch.  She helped him tie a bo’sun’s chair, two loops for his legs in the opposite ends of the line.  He stepped into the loops, circled the line about his waist and knotted it.  Then he climbed over the edge and rappelled down to the unit protruding from the cliff face.
At the unit, Noak activated the suction discs in the exploration suit he wore.  They would help him to clamber over the unit.  He moved to what looked like a lens tube.  It was huge, easily as large as the main hatch aboard ship.  Slightly inside, he found a smooth semi-transparent, semi-reflective surface.  It curved gently outward toward the center and in the dim light from the artificial moon across the lower plain, Noak made out his reflection.  He stared, mesmerized by his image and the view of this world reflected in what he now knew to be a camera.  Hopefully Cap, and the others, especially Reddschurt would be proud of him for confirming the nature of the units.

Andy the night janitor signed inwardly and locked the front doors to the private athletic facility.  Members and staff were finally gone and he could get on with his duties.  Tonight’s first task would be cleaning the tile floor behind the counter.  He started by removing the rubber mats covering portions of the floor.  They trapped tremendous amounts of dirt, and to clean properly, he needed to move them.  He loosely rolled up the first and carried it around the end of the deli cooler and past the monitor showing views from the outside security cameras.  The screen showed four images, one for each camera.  He glanced, assuring his truck sat where he always parked, and that it sat alone.  The image in the lower right, below the one of his truck, caught his eye.  It startled him momentarily.
It’s a face!  Doggone, a face! Andy thought.  He saw a shock of thick black hair, intense eyes and a pointed chin.  At times there was no nose, and at the other times, two, as if whatever it was moved.  A person of modern sensibilities, he assumed the face to be coincidental, perhaps the effect of a dirty lens.  It was something that could never be. Yet if it was a face, whose, or what was it?
When Teri arrived the next morning to open for the day, he pointed the image out to her, but she couldn’t see the face.  Over the next several months, he often saw the face looking into the lens.  It changed from time to time, perhaps different creatures, or the same one peering into the lens from a different angle.  As time went by it became harder to see and finally was not visible at all.  There were some problems with the camera system, and in repairing it, the lenses were cleaned.  Now, even at night Andy could see the chain link fence around the heating and air conditioning units and the cardboard and recycling dumpster at the back of the parking lot. The face, however, was gone.

After Noak reported his confirmation to Cap, several others climbed down to look into the lens.  Like Noak they were drawn to the camera.  Night after night, one or more of them descended and spent hours looking into the lens.  They were fascinated with the camera and the huge creatures moving so slowly they appeared inanimate.  Perhaps gazing into the camera would solve the mysteries of this huge slow moving world.

Late in one Awake Cycle, Reddschurt complained to Machitgoe.  “They’re always there, looking into that stupid lens like it’s got them hypnotized or something.  And now I get to pull an extra shift because my relief is over the side again.  I still think it’s dangerous for all of us.”
“We’ll talk to Scyophf, if you’d like,” said the engineer.
After explaining their concerns in what they thought was a logical and persuasive fashion, they stood by while Scyophf sat at his console.  He entered a great deal of data and sat quietly while the computer digested it.  After a moment he looked up at them.  “I’ve run the data again.  There is no way even prolonged staring into that lens will allow them see us.  The difference in our frequencies of existence is too great.  Please do not worry about it.
“As to the scheduling problems, I’ll speak to Cap.  I’m sure he will have something to say, perhaps some extra work for those habitually not available.”  He turned back to his duties.
As the two walked away, Reddschurt said, “I sure hope he’s right… at least about them seeing us.”
But Scyophf was wrong.

Andy, possessing a rather primitive flip phone at the time, and sure the image he saw was merely the result of a dirty lens, snapped a picture of the monitor’s screen one night and saved it to his desk top computer. 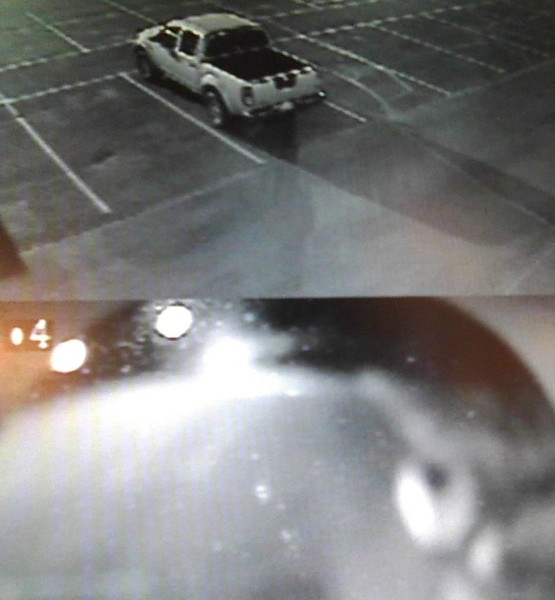