Temperature still several degrees below freezing, making it a decent winter's day.  We got another inch or two of snow over night, so I've been out to shovel once again.  Finally cleaned the truck off as I want to/need to make a run to the store later today.  Plus, I have an appointment to get it serviced tomorrow morning and want to make sure I don't have to rush trying to clean it off before I go.  Hardest thing to clean was the old snow that had semi melted and then froze again.  Otherwise should have been a fairly simple matter of sweeping it off. 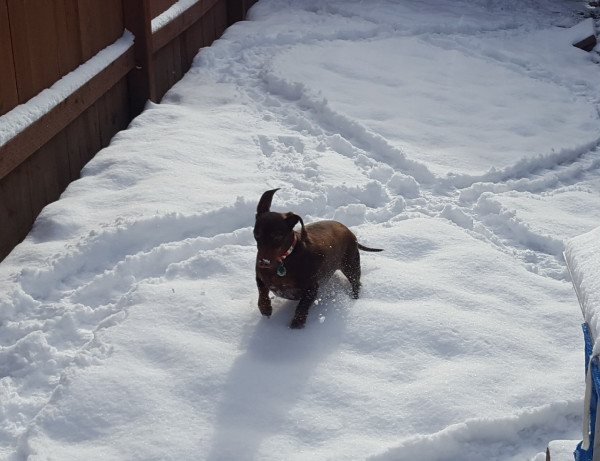 Yesterday after I shovelled, I went into the back yard and stomped out some trails for Coco.  As you can see, he opted not to follow them.  He can walk on top of the crunchy older snow, while I sink in.  He likes the snow, but when he gets cold, wants to go in. 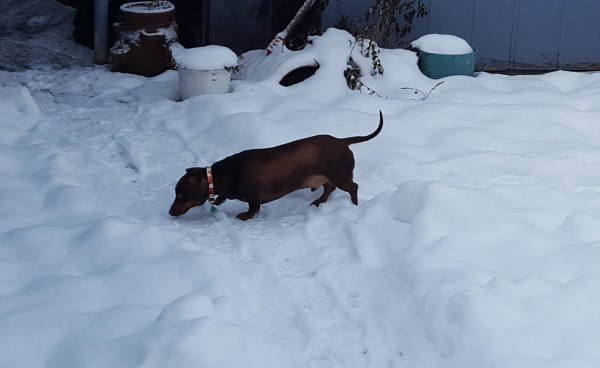 He's on the scent of something, not sure what.  Or maybe he's just checking things out.  Often buries his nose in the snow following some odor he finds interesting.

Just realized I've shovelled everyday for five days now.  Guess I'm getting my exercise!  And it's good exercise, too, especially when the snow is wet and heavy.  It's been nice the past couple of days.  It's colder and the snow is dryer and more powdery.
Dave
Collapse