Over time I think I've indicated that I prefer to do on-line stuff/computer stuff at the desk top computer, rather than on my phone or tablet.  I find it easier and more precise.  I can type faster and more accurately on a full real keyboard, and there are some features that just do not work as well on the handheld devices.  This is particularly true when messing with various social media accounts.

No I often go through Twitter while on my tablet.  Generally all I do is scan through the latest Tweets on my "Home" page, and Retweet and Like as appropriate.  Sometimes I'll reply, and on occasion follow someone.  But I've found I have trouble trying to reply and add a picture to the reply.  Last night, sitting in the recliner, watching TV and going through my Twitter feed I came upon a Tweet I wanted to reply to.  Typed out the reply and decided to add a pic.  Selected the pic, and hit "Done" which should have taken me back to the Tweet so I could "Reply" but it didn't.  Ended up back at a blank tweet, and then by the time I got back to the feed, the original I was trying to reply to was long gone.  Doubt if that would have happened if I'd been here on the computer.  And that's not the first time that's happened.  Most of the time if I do decide to reply while on the tablet I do so without trying to include a pic.

A situation somewhat conducive to the need for a beer! 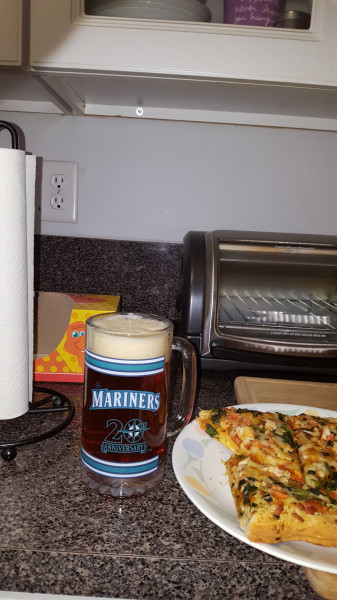 Beer and Pizza, sure to ease the FRUSTRATION factor somewhat!
Dave

Today I primarily want to talk about following or not following other Twitter accounts.  First of all, I follow those accounts I want to follow, and I don't really care if "they" follow me back or not.  I'm grateful if they do, but I don't always expect it, especially if it is an account of a celebrity or someone otherwise well known.  On the other hand I attempt to follow back those who out of the blue follow me, primarily to say thank you for the follow.  If I do follow back it does not mean I endorse your product or support your views.  It is just to say thank you, and in cases of fellow writers, to offer a bit of mutual support.

So who or what will I not follow back?  While I haven't seen those types of accounts lately, I generally do not follow those attempting to sell "5,000 Twitter (or other) Followers for $29.95."  I don't believe we should have to pay for followers.  I may not have a many as a lot of people, put I believe the majority of my followers are genuine.  I'd rather have a handful of real followers than a gazillion false or robo followers.

Lately I've also been checking the date the account was opened and comparing the number of tweets sent out versus the number of followers/following the account has.  If there are tens of thousands of followers/following and only a handful of tweets, and if the account is more than a few weeks old, I probably will not follow back.  That tells me this account isn't really active.  From my standpoint, the whole idea of Twitter is to pass along Tweets and also to Like them.  Quite frankly, I want other accounts to Retweet and Like my Tweets.  If an account has been around for a long time, has a lot of followers/following and yet has very few tweets sent out, it's likely my tweets won't be sent on.  When I go through my Twitter feed, I'm constantly Retweeting those items that interest, inform, or amuse me.  And generally if I Retweet something, I also Like it.  It's quite likely that over the period of a week I will Tweet and Retweet as many Tweets as some of those big accounts (in terms of followers/following) have sent out since they were first started.  That might explain why I have roughly 7500 followers/following, and show over 70k Tweets sent.  Most are Retweets, but isn't that the name of the game?

Lastly, I've always attempted to keep the number of followers/following on my account roughly equal.  So when I start seeing an excess of those following, I take a look and unfollow those who no longer follow me.  (Except for those I follow because I want to.)  I think the idea of following someone to get them to follow back and later unfollowing is absurd.

So thanks for letting me rant a bit.
Dave 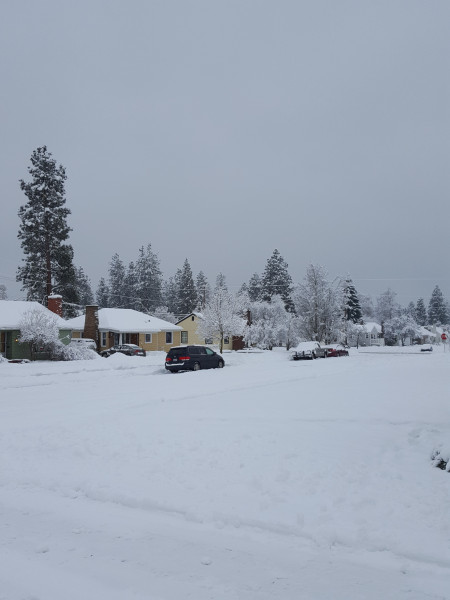 From our front porch, the Day before Christmas in 2016
Collapse