So here is another collection of book reviews from the files of Spokane Authors and Self-Publishers.
Dave 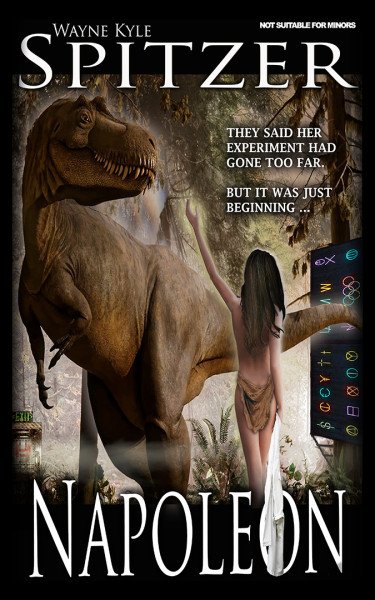 Jan Vasquez, a specialist in animal behavior, finds herself face to face with a dinosaur. A living, breathing, and hungry dinosaur. Her top-secret government job is to find a way to communicate with it. As she draws nearer her goal, strange events lead her to believe someone is trying to sabotage her work.
Wayne Kyle Spitzer shows his mastery of the novella with his succinct character development and plot line. His use of a nine-minute countdown near the end drives the story to its conclusion while it keeps the reader on the edge of his seat.

Henry "Hap" Murphy was a story teller with a remarkable memory for names and details. Except for a few years in the Army during WWII, and a short time at Lake Roosevelt, Hap spent his active life on and around the lakes and rivers of Northern Idaho. He was born in Coeur d' Alene (CDA) and spent his early youth on the banks of the Pend Oreille River at Dover; at that time a bustling sawmill town. His father worked for the Dover Lumber Company and was in charge of the tug boats that towed the logs to the mill. Hap occasionally went with his father on two or three day trip up Pend Oreille Lake for a tow of logs for the mill. He tells several stories of his mischievous boyhood in and around Dover.
Hap became a tugboat captain and spent most his adult life on or near Lake CDA living a full and rich life around family and friends. He worked hard and sometime played hard. He tells stories of Harrison and St. Maries when they were bustling, rowdy towns with bar fights and brothels. He tells stories about making and selling home brew and moonshine during Prohibition. He tells of the 1933 flood and how tough it was for some people during the great depression.
He learned to cook on the tug boats or while batching in his boat house, tied up at the CDA beach. Army cooks were famous for being sloppy and bad. Hap was so good at KP duty that he rose to chief cook and was the pride of his unit. He later opened the Boat Drive Inn Cafe in CDA for more than a decade.
My First 90 Years is a good read, and of special interest to those who grew up in the CDA area. Or maybe you just want to remember the men who piloted the tugs and walked the tow lines, to get the logs down the river and across the lake to the sawmills.


Out of Hitler’s Shadow

This book is subtitled:  Childhood and Youth in and the , 1935 – 1967.  It is the first volume of Stackelberg’s autobiography and covers the earlier portions of his life.

Those first years are unique.  One of four children born to an American mother and German father, the book first details his parents’ family histories and briefly describes how they met.  As the Second World War begins, his mother elects to keep the family in with her husband.  Celebrating his tenth birthday on VE Day, young Stackelberg, his siblings, and his mother eventually return to the .  His father, now separated from his mother, remains in .

Based largely on journals the writer kept from an early age, the major portion of this book deals with life after having permanently returned to .  He describes life as a high school and college student in the 1950s.  There is also a stint as a US Army draftee, in which Stackelberg is assigned to forces based in .  As the book nears the end, one finds the author searching for a meaningful career and becoming more and more curious about past events that have shaped his life.

The writer is a very well educated individual, and the quality of writing reflects this.  It is very much in the academic style and at times proves to be dry and unexciting.  Still, it is filled with facts, reflections, and admissions.  It tells a very unique and personal story.  If for any other reason, Stackelberg should be commended for baring his soul and making public his imperfections.

A professor emeritus of history at , ’s , Stackelberg has written several books on and the history of National Socialism.  This first part of his autobiography was self-published through iUniverse.   The book has an ISBN of 978-1-4502-6033-6 and retails for $16.95