End of the month (28 July to be exact) will mark one year since I retired. While I sometimes miss the friends at work, I do not miss getting up and going to work at all.  Nice to allow the week and the weekend to blend together.  I have found however that I need a bit of a schedule or I go on permanent "do nothing" mode.  And I try to be a bit more ambitious during the week than on Saturday or Sunday.  As I progress into my second year of retirement I'm hoping that I've adjusted to it and that I will start being more productive in those areas I always said I wanted to be involved in when I was looking forward to no longer going to work.  We'll see.  Someone recently told me that it took them a good year to fully adjust.  Maybe that's how it is with me. 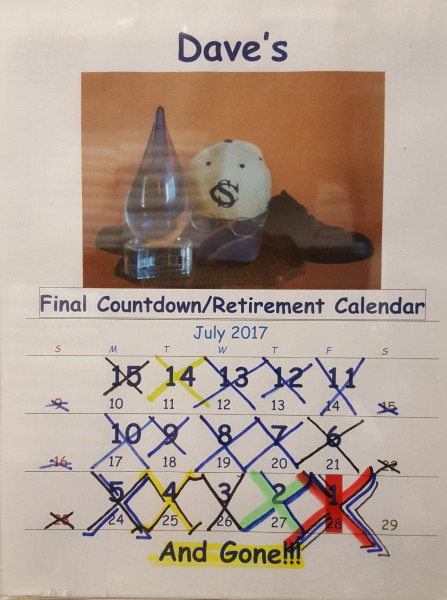 We've been in the house for over twenty years now.  It was built in the early 40s and near as we could tell had the original windows when we moved in.  Several years ago we replaced some of them... the large dining room window on the west side, the two small and the one large window in the bay window complex in front and the one bathroom window on the east side.  Last month we had some more replaced... the kitchen window (over the sink) the window in the other bathroom, and all the bedroom windows on the south and east side.  Now there are just the two in the "office"... the room with the computer, and one horizontally long one on the south side of the one bedroom.  Maybe next year or sometime in the next decade for the three of them.  Nice thing is that we can open more windows now... most of the old ones were painted shut over the years or were cantankerous and hard to open.  One would open from the bottom, but the top opened a half inch or so by itself. 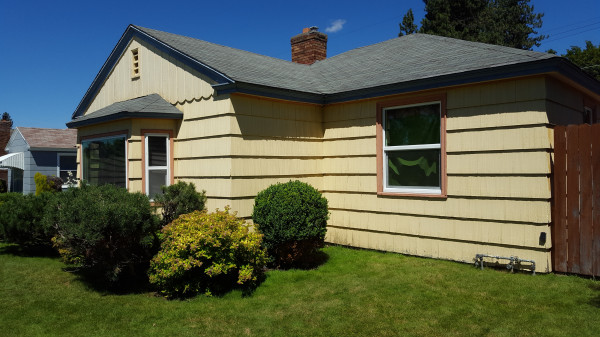 Single window to the right is new as of a week ago.  Those to the left were installed several years ago.  Original windows (none visible here) do not have white framing in/on them.

We'd had several different window replacement companies come in and provide estimates.  One was a high end, well known company whom I'm sure had a very good product, but they wanted way more than the others... so much so that it was out of our reach.  We ended up going with the same folks who'd put the windows in before, along with new front and back doors.

Last night and this morning I finished up the July Issue of the Rear Engine Review, the newsletter for the Inland Northwest Corvair Club.  It's been e-mailed out to members and those other folks I habitually send it to, including means to get it to other Corvair Clubs.  And the one or two copies that actually get mailed via USPS are ready and waiting to go out into the mail tomorrow morning.  If you are curious and would like to see it, go to the INCC web-site, and click on "Newsletters."  I don't do the web-site so I can't guarantee our web-master will have the new one up yet.  If not, you can check out last months issue.

As of late I've been reading Booth by Timothy David Jones.  He's the local writer I shared an author night with at the Well-Read Moose a few weeks ago.  I think I've one or two more reading sessions and I should be done with it. Will write a review and post here... also need to write reviews for a couple of other books that I've read lately.  Hopefully tomorrow or in the next day or so I'll get another "Weekly Book Review" posted.  More than likely it'll be something from the collection of reviews on the Spokane Authors and Self-Publishers web-site.

About it for now, more next time, or sometime in the future.
Dave
Collapse