Looks like I got a little off track with posting the reviews over the past couple of weeks.  I'd offer as an excuse, my attending the Connecting Writers with Hollywood Conference and my more recent participation in Northwest Author Night at the Well-Read Moose.  Since it's about time I posted a review, here we go!  As I have been doing lately, this is another from the reviews posted on the Spokane Authors and Self-Publishers web-site.  Generally those are books by SASP members reviewed by other members.

Following the last posted review of Illusions of Magic, the next one up should be I'm The Ghost in this Body by Larry Danek.  However I posted the reviews for that about a month ago, not long after I finished reading it and wrote a review.  If you'd like to see it again, you can find it here.  That then brings us to... 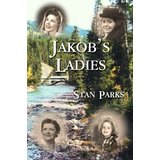