I'm trying to get on some sort of schedule for posting book reviews... I'd like to post those I'm taking from the Spokane Authors and Self-Publishers files on Monday or Tuesday, hence today's posting of Chuck Lehman's The Big Woods.  I'll post reviews i write as I complete them.  At times reviews I write, or have written, will also end up in the SASP files and once again, perhaps here.
Dave
The Big Woods
Colonel Chuck Lehman 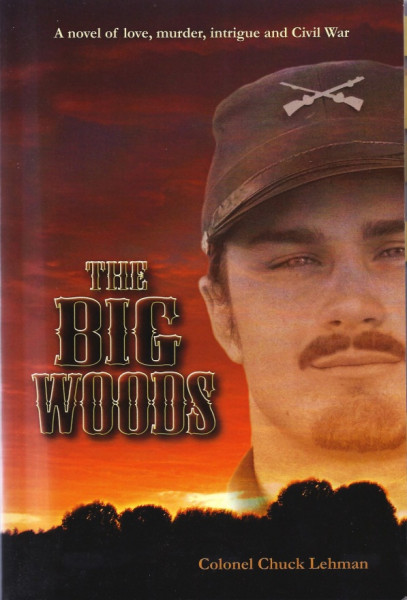 Reviewed by Robert G. Hildahl
Based on a true story, The Big Woods is a very exciting historical novel that tells the story of a young man's life and problems and adventures around and during the Civil War. It's also about his love of a young woman and all the problems she goes through to help her young soldier.
It's a real page turner that keeps you reading and not wanting to stop. The adventures and life changing times keep the excitement going and really makes you aware of the hard times people went through back in the early and mid 1800s.
Lehman is a very good writer and, as with his other books, The Big Woods is an enjoyable story that does not disappoint.

Reviewed by Esther J. Hildahl
Once while out to dinner with relatives, I found that they had all read the book The Big Woods. While I listened to their lively discussion about why they enjoyed this book so much, I decided that maybe it was time for me to read it, too. When I did, I discovered that everyone was right. It is a great book!
I liked the fact the book was based on real people and true events. It's a love story between Willie Meyer and Louisa Kiekenapp (the author's great-grandparents) who lived in Southern Minnesota near the Big Woods. And it's the story of their separation for many years when Willie goes off to fight in two wars-- the Indian Wars, where he finds himself fighting against his two Sioux Indian friends, and then the Civil War.
It's also about the murder of Willie's father who disappeared in the Big Woods when Willie was sixteen years old. Being the oldest of six children, he was now the head of his family. His many responsibilities included building a permanent log home for his mother, sisters, and brothers. And finally, many years later, it's about the clever way Willie goes about figuring out how his father died, and eventually, discovering who killed him.
The Big Woods is an interesting and well-written book. If you like romance, history, a good murder mystery, or you just want to learn how to build a log house--then this book is for you!
Collapse