Here's another review from the Spokane Authors and Self-Publishers file (web-site.)  This had been in the files, but recently noticed it had not been posted to the web-site.  That oversight has since been corrected.  The author, obviously writing under an assumed name was a member for a while, while the reviewer still belongs to the group and in fact is President of the organization.  Alas, I do not have a cover picture of the book.  This review seems to be the only info we have on it.
Dave 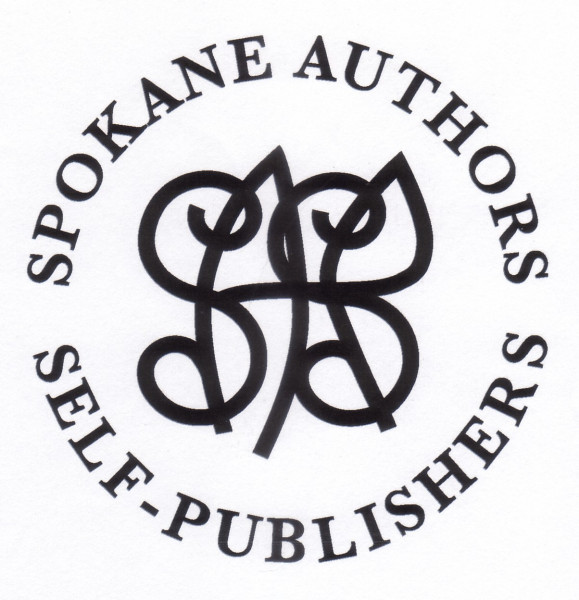 Written and Illustrated by Banana Grama

This book is different than your usual Bible stories for children. Instead of only writing about the famous people in the Bible, this author chose to write about those who were considered by their peers and themselves a nobody but were in reality a somebody for something they did. Take for example, Elisha, who saved a town's water system, or the blind beggar who managed to get his eyesight back by making sure he got the attention of Jesus. Then there was Jubal who made musical instruments to make people happy and Mordecai who gave Queen Esther the courage to talk to her king about a very important matter. Another nobody was the princess with no name who saved baby Moses from being thrown into a river to be eaten by alligators! This is just a few of the nobodies that you can read about.
I think the idea for this book was a clever one, and I enjoyed reading this book and looking at its many colorful illustrations. I recommend Bible Nobodies Who Were Really Somebodies for anyone interested in getting children interested in the Bible and Biblical times. Plus, I'm sure it would lead to lots of lively discussions about what makes a person a nobody or a somebody.

Opening Day of Baseball season, today!  Celebrating by wearing my "Thanks Edgar" shirt, which is about ready for the trash bin... collar frayed and a lot of tears and rips through out.  Eva keeps telling me to throw it away, but it is a memento of seasons gone by and one of the greatest to ever play in a Seattle Mariners Uniform... and the one for whom the best designated hitter award is named... hopefully next year will see him (Edgar Martinez) voted intot the Hall of Fame.

Of course, Mariner fans in general are hoping for a better season than the last several summers... a chance to break the chain of seasons ending without a trip to the post season playoffs and eventually the World Series.  I too, hope for a better result after 162 games.  Yet the real joy of being a fan isn't so much in the winning as it is in the support of the team.  It's the fact of rooting for the team, standing by them, and hoping for the best.  It's welcoming back those who were with the team last year, and those who have just been acquired by the organization... it's about welcoming and totally supporting those who might become team members via trades and other exchanges over the course of the season.  Even those who were a thorn in the fans' collective sides before are or should be considered full members and given the ultimate support once they are a member of, playing for, "your" or "our" team. 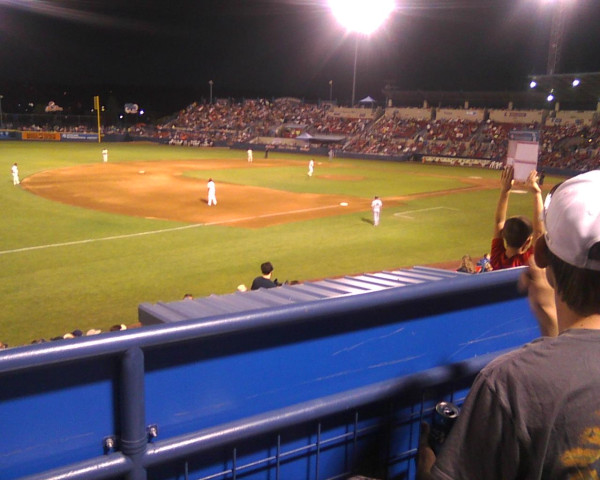 At a Spokane Indians ball game a few years ago.  The Indians are a short season  class A team in the Texas Rangers organization.  This game, they were playing the Everett AquaSox, Seattle Mariners' short season class A team

Outside of that, it's been a strange week in a way, and in terms of overall health... No, nothing bad or drastic, just feeling a bit under the weather the past few days, and a lot of that is feeling lazier than usual.  Picked up a bit of a migraine yesterday near the end of walking Coco.  Ended up napping part of the afternoon and then again in the evening, so didn't sleep well last night.  Maybe there was too much sleep, as I woke up relatively early today.  Have decided that it will be a "do nothing" day, one in which to recoup a bit and hopefully be recharged for tomorrow.  Maybe I need to let things clear out of my head and get back on track.

Currently about 2/3s through withThe Adventurists by Bob Weldin.  Should finish it in the next day or so and will then write and post a review of it.