Well being retired now means that Mondays no longer have that black and dreary connotation to them.  Still, I mark it as the first day of the work week... in which I get to watch everyone else head out for another five days of labor.  And yet I find my routine still tends to match the schedule set down by decades of being in the work force.  Over the weekend, I tend to take off from certain things, making it a "week end" if you will.  During the week I try to exercise on a regular basis, with a little ab-roller wheel and a couple sets of dumbells.  Saturdays and Sundays I shy away from that, although Coco and I still go for our daily walk.

Over the past few days our weather has been somewhat unsettled.  We've had a bit of snow, it's been super windy, and temps have been a lot colder than normal.  Today, however is bright and sunny.  The wind is light to moderate, and temps are closer to normal for this time of year.  Felt really good to be out and about, enjoying the sunshine and Coco's capers as we toured the neighborhood.  After we got back, Eva gave him a bath.... something he seems to enjoy.  At least he doesn't put up much of a fuss, and during the process remains fairly calm.  Once he's done, however, it's a trick to keep him quiet so he can get dried off.  He zooms around the basement like a miniature wrecking ball.  (I remember that Tanya and Tiffany would do that as well... except they got their baths outside in the summer, and they'd roll in the grass when done.  Maybe that defeated the effort of giving them a bath, but still they'd be cleaner and fresher than before.)

Enjoyed the recent Winter Olympics and probably watched more of them than I remember doing during the previous ones.  A benefit I suppose of no longer having to go to work.  And quite often they were the only thing on that I wanted to watch, as it seems that some of the other networks ended up showing older stuff, perhaps in realization they couldn't compete with the Winter Games.  Still that network and the local station that carries it is the one that generally airs shows I watch regularly.  Since retiring, and especially as a result of my recovery time following my surgery, I've started watching Judge Judy in the later afternoon.  This usually marks the start of my evening part of the day, and I watch it as much for the humor or the fact that some people on there are really dumb.  Hate to say it, but... Anyway so much of what they are suing each other for and all should be stuff that most people would figure out and solve without all the drama.  So it'll be back today and I can get back to my more normal routine.  And most importantly, I'll be able to watch Jeopardy again.  I've enjoyed that show since way back when... When the host was different, the prize amounts were a lot less, and the "board" was strictly a physical structure and not all electronic as it is now.  I enjoy it as a test of my knowledge as much as anything.

However as we move into spring, I'll end up not always watching it, as in my line of thinking, Seattle Mariners baseball games have priority.  And yesterday I managed to watch a good portion of this year's third spring training game.  Once the regular season gets underway at the end of March, my opportunities to watch Jeopardy will decrease.  Of course, I could record it to watch at another time, but somehow I've just never cared to do that.  And I find I don't like to record and watch sporting events, baseball or football either.  I'd rather watch them live or not at all. 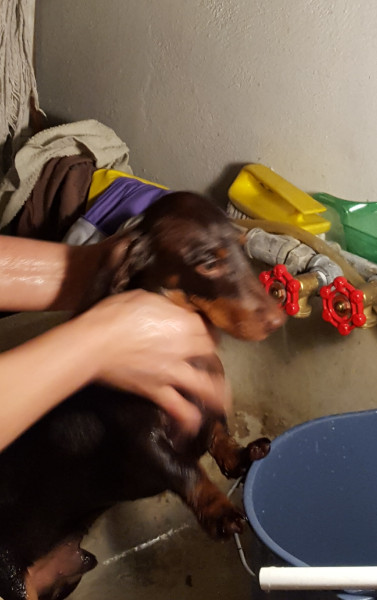 Hope everyone has a great week!  I might post a book review or two in the next few days.  More than likely these will be from those posted on the Spokane Authors and Self-Publisher's web-site.

If I haven't mentioned it, I'm now reading Around the World in Eighty Days by Jules Verne.  My biggest recollection regarding this was having learned how to play the theme song from the movie on the accordian, when I was a kid.  Don't think I ever saw the film, nor do I remember having read it before... either in actual book form or as a Classics Illustrated (comic book) version.
Dave
Collapse