Over time I've gotten into the habit of trying to work the crossword puzzles that appear in our local newspaper.  It has the New York Times crossword and one other.  As it turns out, I rarely complete the NYT puzzle, and almost always finish up the other.  As well, I've found that on certain days of the week, the one from the NYT is easier than on other days.  Sometimes I go all the way through all the clues and can only figure out a handful of them.  When I check the answers the next day it seems that I was thinking on different lines than the creator of that specific puzzle.

Recently, it seems, both puzzles have had a thing for the word "Elk."  This is fine with me, but so many times the clue is for multiple examples of the animal, plural in otherwords... and there are four spaces that require filling.  Obvious answer would be "Elks," but I've always understood that the plural of "elk" is "elk."  Just like there is one "moose," or seventy-five "moose."  To my brain, it's "Elks" only if talking about the Lodge with the same name.  Just one of those things that irks me to some degree... not saying I'm right, but relying as much as anything on memory and the way I've always heard (and used) it.

Likewise, I've spend most of my life hearing and probably using the word "towards."  When I had my first book edited, all instances in which I'd used "towards" were changed to "toward."  I complied, thinking I'd made a grammatical, usage, or spelling error.  (I did leave it at one point where it was part of a quote and I figured that individual might not be well schooled in proper speech.)  Later I learned that "towards" vs. "toward" was a US vs UK situation, much the same as "color" or "honor" vs "colour" and "honour."  Wish I'd known that back when I was going through the edits.... I would have left it as "towards," primarily because that's how I heard (and hear) it in my mind.

Additonally there seem to be words and phrases used today that just don't set right with me.  I get tired of people saying they are "gifting" something.  Shouldn't they be "giving?"  or "presenting?" or.... "gave" vs. "gifted?"  I also get annoyed when someone "disrespects" somebody.  Seems to me that one would show disrespect, or act with disrespect towards another.  (See, I naturally used "towards" without even thinking of it.) 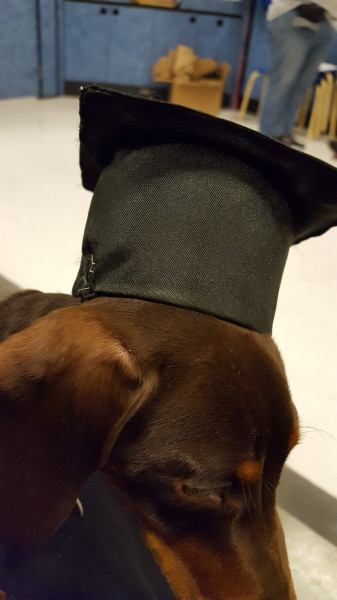 Coco at his puppy training graduation a week or so ago.
Dave

Before I forget, I'll take time to wish

nodbear a VERY HAPPY BIRTHDAY!  WISHING YOU THE BEST!  I truly appreciate your international, internet based support and friendship! 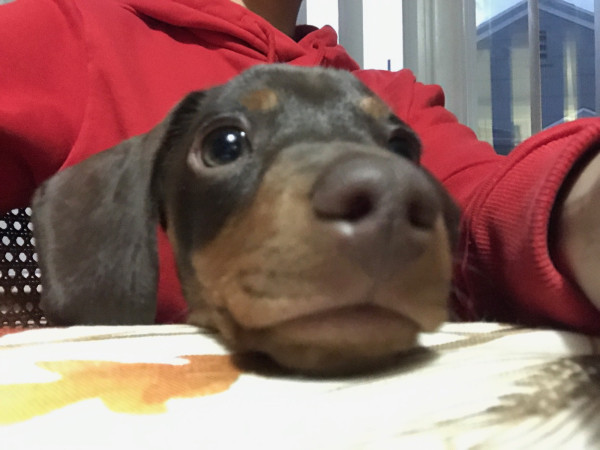 Coco sends along his wishes for a Happy Birthday!

Also learned earlier this morning that today would have been Dave Niehaus's birthday.  For those who are not Seattle Mariners fans, he was the broadcast "voice" of the team, from it's start back in the mid 70s until his untimely passing a few years ago.  He had a uniquely mellow and relaxing tone, and I know of people who would switch off the sound on the tv and turn up the radio if he was doing a radio broadcast of the game.  For fans, it always meant we were tuned into the right place when we could hear Dave's voice.  Even now, it evokes a bit of nostalgia when they do replays of famous plays and his voice can still be heard.  There is a life-sized bronze statue of him at Safeco Field, the Mariner's home ballpark in Seattle.  Fans often take pictures of themselves with the statue.
Dave

So after a long hiatus, the Weekly Book Review is back.  For how long?  We'll just have to wait and see or perhaps I should re-title it.  The following review is of a book by an author I "met"  several years ago, courtesy of Live Journal.
The Vacant Throne 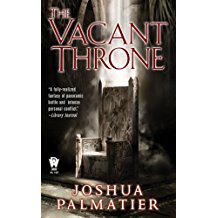 Reviewed by D. Andrew McChesney
One time guttersnipe Varis is now Mistress of Amenkor.  Having survived famine and an attack by the Chorl, a mysterious race from across the western sea, she faces the challenge of restoring or replacing the throne.  Could there be a second throne with the same power as the one long in Amenkor?  And there is a concern that the Chorl are planning further incursions on the mainland.
Palmatier continues his masterful world building, creating a place that seems real and believable.  The magic and supernatural aspects of the story fit right in and seem real.  He also is very adept at creating subtle and different personalities, as well as uniquely different cultures, which adds to the enjoyment of reading this tale.
This is the final installment of the Throne of Amenkor trilogy, which is now available as a single combined volume.  He has written two other trilogies set in different regions, and perhaps at different times, on this same world.  This reviewer secretly hopes that maybe a future work will tie elements of these stories together.
If you likes epic, believable, and well-written fantasy, this story, and others from the same author need to be at the top of your to be read list.  And for those who, like me, re-read books from time to time, The Vacant Throne is a prime candidate.

Hope you found the review informative and that you consider adding this to your list of books to be read!
Dave

Feast or famine, I suppose with the way I end up posting book reviews.  I wrote the last one and this later in the evening via my tablet.  Did so while semi-watching television at a time when I'm generally not on the computer.  Gives me a little more flexibility.  This one is of a book by a Spokane area author, who however is not (yet?) a member of Spokane Authors and Self-Publishers.
Not Self But Country 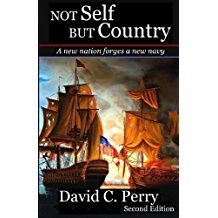 This is a story of the Continental Navy during the American Revolution.  Based on real life events and historical figures, the story concludes with John Paul Jones commanding Bon Homme Richard in battle against HMS Serapis.
The author deftly explores the relationships between many of the principal personalities, lesser known historical characters, and subtly introduced fictional individuals.  Of interest might be the career and switch in loyalties Richard Dale.  He also goes into some detail regarding more minor naval engagements and skirmishes.  The final battle is described in exciting detail as viewed from both ships engaged in the epic duel.
Perry is a knowledgeable writer, well versed in naval operations during the age of sail.  However, this reviewer, also a sailing navy enthusiast, would dispute the author's description of HMS Serapis as a frigate.  This ship carried forty-four guns as did many frigates, but carried them on both upper and lower decks, while frigates carried guns on the upper deck only.
Over all this is a well written story that blends history with exciting action and insightful views of the early United States.  It is well worth reading.  This reviewer looks forward to reading more historical fiction from David C. Perry.

Happen to be watching Olympics Ice Dancing.... currently the UK team/pair competing in the free Free Dance.  His name is Buckland and I can't help but wonder if he might be related to Lt. Buckland, first lieutenant of HMS Renown.  Doubt it...it's just my familiarity with C. S. Forester and the book, Lieutenant Hornblower coming through.
Dave 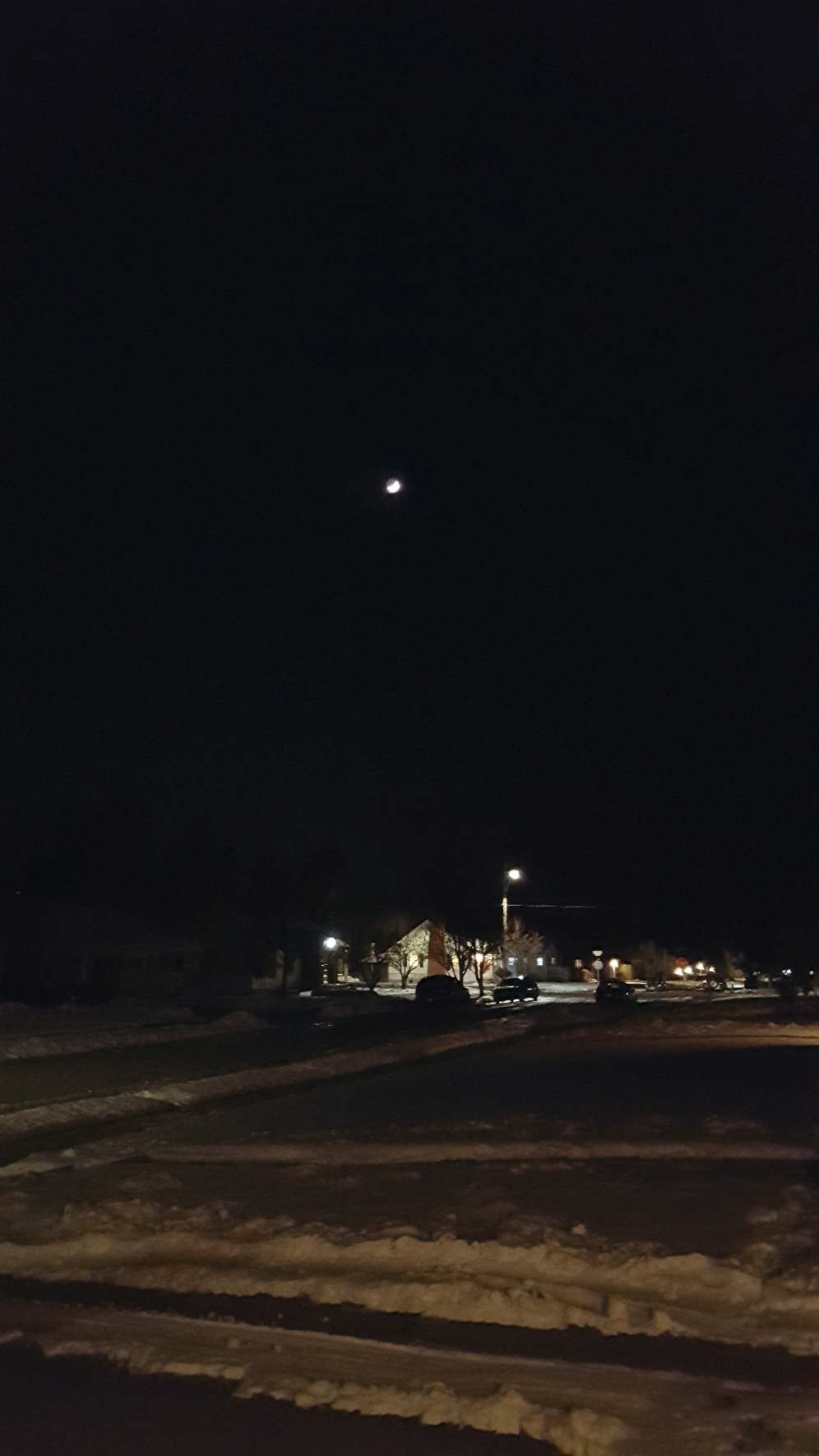 Cold might in Spokane... snow on the ground with crescent moon. I know it doesn't look like it here, but in real life it is.