Some time ago, a couple of years gone by, perhaps, I posted my drawing of HMS/OGS Island Expedition, the vessel at the heart of Beyond the Ocean's Edge: A Stone Island Sea Story.  Some one noticed that there was reference to it being a "jack-ass brig," and asked where I had found that term.  Guess what!  Quite by accident, I've come across at least one source for the term, perhaps something that I read many years ago, and had the phrase stick in my mind.

Last night while vegetating in front of the TV, I was thumbing through my copy of The History of the American Sailing Navy by Howard I. Chappelle.  There on page 146, in the chapter entitled "The Federal Navy," I spotted that singular phrase.  The paragraph involved is talking about transfering revenue cutters, built for the recently established Revenue Service (Coast Guard) to the Navy. "...These had been found too small, and so larger cutters were laid down in 1797.  These were double-topsail schooners, or 'jackass brigs,' with fore and main square topsails."

I've had this book since I was in high-school, and I'm sure that bit influenced the design and rig of Island Expedition.  I may also have come across the term someplace else, but at present I am not sure of where.  I'm thinking I've seen it in reference to the USS Prometheus, which was of War of 1812 vintage.  Perhaps I saw the term referenced in a book I have about the end of the Barbary Wars, after the War of 1812.

Anyway, here's the pic again.  Make sure to mentally change the name of Midshipman Freeman to Midshipman Steadman.
Dave 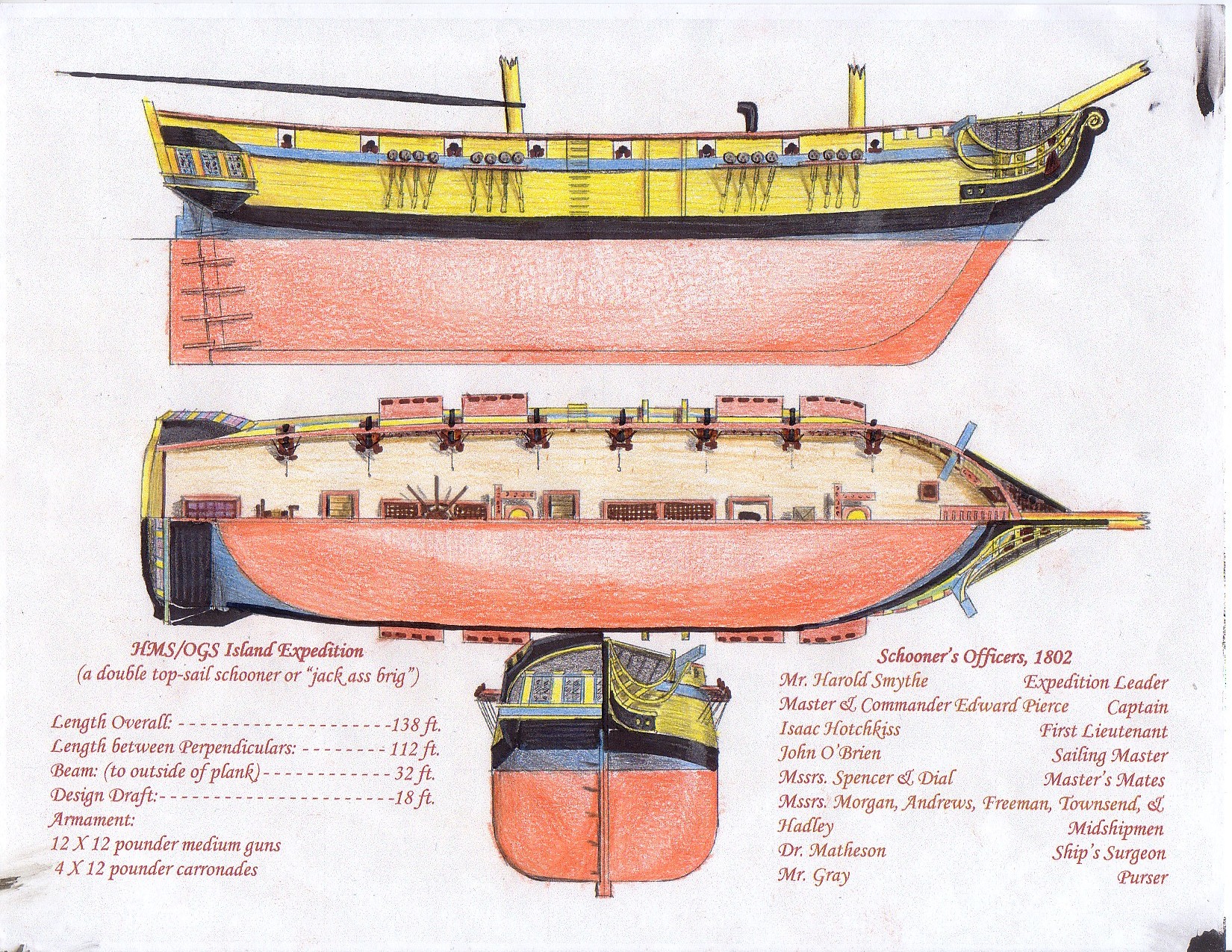 Not sure how this is going to appear once posted, but right now the pic is gigantic.
(28 April...I've downsized the pic a little.  It's been making the width of my page enormous and hard to read.
Enjoy
Collapse